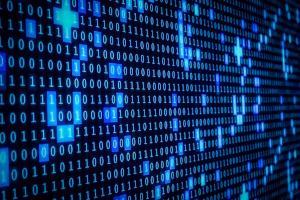 Let’s look at the tools that we’ve covered so far to build a homomorphic hiding mapping. We have a finite field of order p, where p is a prime number, and a group of points (x,y), whose coordinates belong to the same finite field.

These points satisfy an elliptic curve, whose coefficients A and B belong to the same finite field. We’ll call the finite field “base field” or “Fp”, and “G1” the subgroup of points with generator g1. We’ll choose p and the curve such as r, the order of the group G1, i.e. the number of elements on this group, is a prime number too.

Ok, let’s add some other tools to this set. We know that p is the number of elements in the base field; we can calculate p-1, p2-1, p3-1, p4-1, ... and stop when we find the first (i.e. the smallest) k such that pk-1 is a multiple of r, the number of elements of G1. We have chosen our curve so that k, the “embedding degree” of the curve, exists. The mathematicians tell us that this k has to be not too small, if we want to make sure that the mapping from Fp to G1 is hard to reverse, and that it can't be too big, if we want pairing calculation to be efficient. We’ll trust them on this.

Now, we need to introduce another field. This field will be a field extension of the base field Fp. To have an idea of what a field extension is, we can think of the field of the complex numbers, that it’s an extension of real numbers; that extension is defined by giving the name “i” to the root of the polynomial x2+1=0. This polynomial has no solution in the field of real numbers, and that’s why we can define a new field with it, made up of all possible linear combinations of the real numbers and the root (that we call “i”) of that polynomial: a + b*i. The element of this extended field can be represented as a bidimensional vector (a,b); when b=0, we get the elements of the original field that we extended, and that means that the original field is contained in the extended field.

As we know by now, in zk-Snarks we are not operating on real numbers, but on finite fields. We are then going to extend Fp, our base finite field. We’ll extend it with the linear combinations of the roots of a polynomial of degree k, where k is the embedding degree of the elliptic curve just introduced. This polynomial is chosen so that it has no root in Fp (so, no points in our base finite can make it evaluate to 0). The elements of this new field, will be themselves polynomials. This is important and not easy to get at first: the elements of our extended field are not just “numbers” as in our base field, but each element of the extended field is itself a polynomial. These field elements are polynomials that:

Wow, a lot of maths and complexity… and now,  what are we going to do with the new field Fpk?

If it’s not too clear how  polynomials can satisfy an elliptic curve, we can take a simple curve:

And the simple extension field that we calculated before.

Now we can see which combination of (x,y) solves the equation y2 = x3 :

If we just stop for a while and stare at these 4 mathematical sets, you may feel a question coming up…  and that question may very likely be: why on earth did we build all this paraphernalia?

The coordinates of the points of this new group Gt are part of  Fpk (they are polynomials).

So, and that’s the answer to the question, i.e. the reason why we did all the above, is that we have added a new operator to our homomorphic hiding: a “limited” homomorphic multiplication!

It’s easy to see that, given the hiding of a -> a*g1, and the hiding of b -> b*g2, we can compute the hiding of a * b ->  a*b*gt by knowing just a*g1 and b*g2, since a*b*gt=T(a*g1, b*g2). This homomorphism is not complete as it was in the addition case: the mapping is limited to two elements (we can’t multiply three elements “in the hidings”), and we can’t apply it more than once, but it’s enough for our needs: we’ll use it to check that the equations on multiplications hold, without revealing the hidden values.