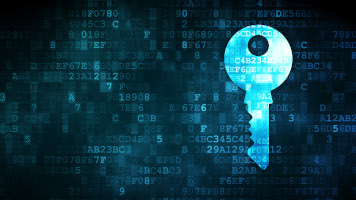 If you read and spent some time on the previous posts on the blog, you should know that a proof will be the hidings of A(P), B(P), C(P), and H(P), all calculated in the hidden space by using the hidings of the “building block” polynomials.

The hidings that compose the proof prove that the equations hold, i.e. they prove that

Now, we see all these fancy formulas for these hidings: hh[A(P)], hh[B(P)],  hh[C(P)],  hh[H(P)], ... but in reality they are just numbers: nobody can tell if we really calculated them as hh(A(X)) in P, hh(B(X)) in P, etc. or if we just made those numbers up. We need to make the proof more robust, to make sure that the prover can’t just pick up some numbers that “work”. For this purpose, we are going to use the “knowledge of exponent” (or “knowledge of coefficient” as it’s often called in the zero-knowledge space). Before introducing it, let’s take a closer look at the problem we have to solve now.

Similarly, we’ll prove that hh[B(P)] is a linear combination of the hidings of B1(X), B2(X), .. in P, and the same for hh[C(P)] and hh[H(P)]. Good news: we won’t need to prove anything about hh[Z(P)], because Z(X) is a known polynomial:  hh[Z(P)] will be calculated as needed by applying Z(X) coefficients to the usual set-up defined hidings.

Please note, our proofs won’t be “full proofs”: we are evaluating the polynomials in a single point, so it could still be that the prover guesses these polynomials, and that he is so lucky that by chance all of them output the same values of the good ones when calculated in P. In reality, the probability of that happening, not knowing P, is practically zero (i.e. negligible).

Ok, all this complexity and we haven’t started addressing the problem yet; we know what we have to prove, but we don’t know how to do it!! All we know, at this point, is that the prover needs to prove that each of the hidings that she provides come from real knowledge of the original polynomials. We also know that in the “hidden space”, hidings will be just numbers, as the polynomials are evaluated in a specific, secret point. So, it’s about time we introduce the property of “knowledge of coefficient”, that’ll do the trick!

The basic concept is: if I know a point P, and another point B=u*P, and I keep those values secret and only reveal hh(P) and hh(B), well then if someone else, who does not know P nor B, shows two values hh(R) and hh(F) such that hh(R) = hh(u*R), i.e. F=u*R, then the only way that this guy could do this is by multiplying both hh(P) and hh(B), the only two values that he knows, by the same number (any number, as long as he multiplied each of them by the same one).

And nobody we’ll be able to make up those numbers any more!